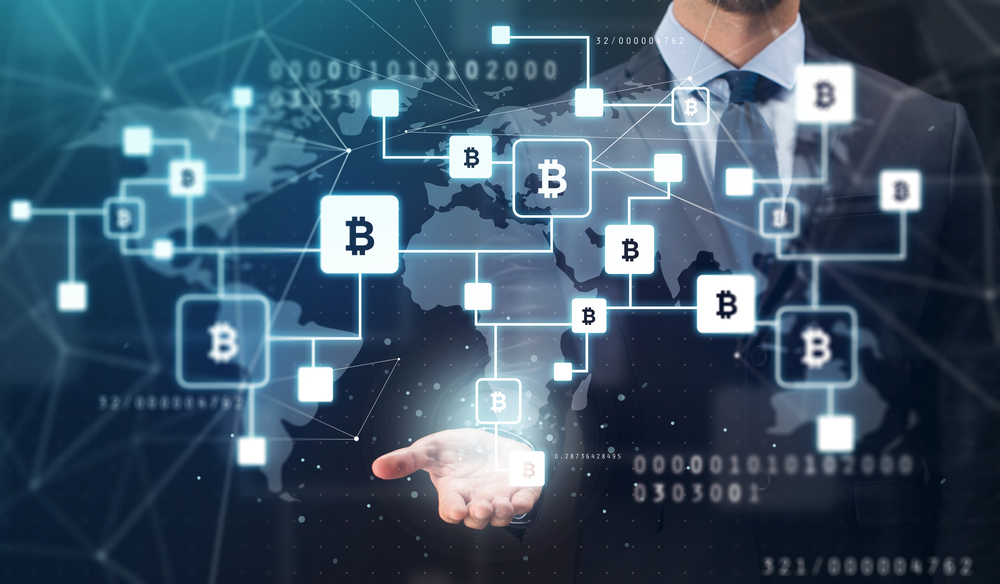 Remember when the “Cloud” entered our vocabulary?  The Cloud is commonly used today to store and back up data virtually, such as photos from our smartphone, but when it first came out most people were dumbfounded to know what all the hype was about.  Questions like what is the Cloud, where is it, and what does it do often tickled our conversations with friends.  By comparison, today’s “blockchain” is not only entering our vocabulary, but is poised to be as recognizable as the Cloud, and integrated into our daily lives like Microsoft and Facebook.  It is just a matter of when.  What blockchain is and what it does is probably a good place to dive into before exploring how blockchain will be integrated into our lives.

A blockchain is a scattered database.  This is significant because the storage devices for the database are not all linked to a common processor.  It maintains a growing list of ordered records, called blocks.  Each block has a timestamp and a link to a previous block.  “Users can only edit the parts of the blockchain that they ‘own’ by possessing the private keys necessary to write to the file.  Cryptography ensures that everyone’s copy of the distributed blockchain is kept in synch (Bernard Marr, forbes.com, A Complete Beginner's Guide To Blockchain, January 24th, 2017, https://www.forbes.com/sites/bernardmarr/2017/01/24/a-complete-beginners-guide-to-blockchain/#339f28056e60).” Currently, we share all sorts for information on the internet.  However, when it comes to delivering something of value like money, ownership rights (real estate property), or intellectual property, we usually need a middleman, such as a bank or government agency.  Even PayPal requires a middleman, usually a bank, bank account or credit card to be useful.  Blockchain technology offers the possibility of eliminating these middlemen.  It does this by filling three important roles traditionally carried out by the financial services sector:

Creating or entering a contract with a computer code, then storing it and recoding it transparently is possible with blockchain.  Also known as “smart contracts,” a bit of code could be programmed to execute whenever certain parties enter their keys, thus entering into a contract.  “The same code could read from external data feeds — stock prices, weather reports, news headlines, or anything that can be parsed by a computer, really — to create contracts that are automatically filed when certain conditions are met (Bernard Marr, forbes.com, A Complete Beginner's Guide To Blockchain, January 24th, 2017, https://www.forbes.com/sites/bernardmarr/2017/01/24/a-complete-beginners-guide-to-blockchain/#339f28056e60).”

Security of Blockchain: Probably the Best Ever to Thwart Hackers

As mentioned above, blockchain is a scattered database.  For would be hackers, there isn’t one, definitive account of events that can be corrupted.  Instead, a hacker would need to manipulate every copy of the blockchain on the network.  After a block has been added to the end of the blockchain it contains its own “hash,” along with the hash of the block before it.  Hash codes are created by a math algorithm that turns digital information into a string of numbers and letters.  If that information is updated or edited, the hash code changes as well.  As a result, to change a single block a hacker would need to change every single block after it on the blockchain.  “Recalculating all those hashes would take an enormous and improbable amount of computing power. In other words, once a block is added to the blockchain it becomes very difficult to edit and impossible to delete (Luke Fortney, investopedia.com, Blockchain, Explained, December 19, 2018 https://www.investopedia.com/terms/b/blockchain.asp ).”

Although blockchain is just entering the vocabulary of many people and its applications are just emerging, business are investing heavily to find everyday uses to integrate it into daily lives.  For example, Deloitte recently asked 1,000 companies across seven countries about integrating blockchain into their operations.  34% of the businesses responded they already had a blockchain system in production today, “while another 41% expected to deploy a blockchain application within the next 12 months.  In addition, nearly 40% of the surveyed companies reported they would invest $5 million or more in blockchain in the coming year (Luke Fortney, investopedia.com, Blockchain, Explained, December 19, 2018 https://www.investopedia.com/terms/b/blockchain.asp).”  This suggests blockchain will be integrated into our lives like Microsoft & Facebook. It is just a matter of when.

In addition to reporting and commenting on computer related topics in my blog, RB’s Computer Service provides uncomplicated managed service agreements to help you with all of your networking needs.  For help with your business, contact us via phone or email: 763-441-3884, or help@rbsmn.com.  We offer ransomware strategies, and sell the best commercial grade firewall routers, best laptop computers, best desktop computers, business computers, computer parts and computer monitors plus we do computer repair, iPhone and smartphone repair and tablet repairs to customers and clients throughout central Minnesota and St. Cloud.